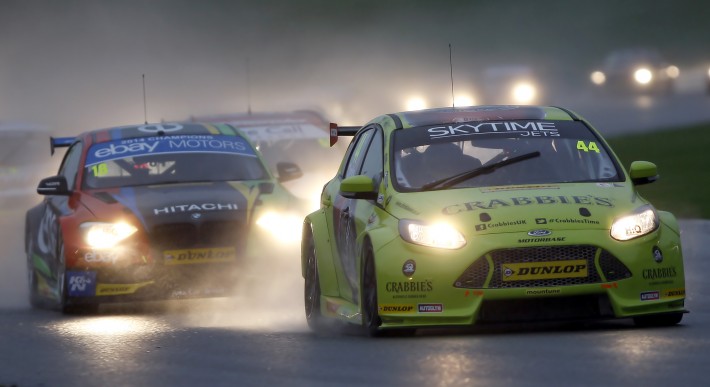 Clarke reflected on his success at Brands Hatch and his first year in the BTCC: “It was a great feeling to bring the car to the front of the grid, and line up on pole for the final race of the season.

“I had to make the most of the position as the car was great, I felt confident and we just hit our marks every time.

“I think we were more consistent than the guys behind us.

“Gordon [Shedden] was on fire and we couldn’t catch him so second place is the best we could have come away with.

“I am over the moon to end our rookie year with second. It’s just awesome.

“It is great to go into the off-season with this result as we look to gain further support for next year’s campaign. We saved the best until last.”

Well done to Jack and the team at Crabbie’s Racing from everyone at Skytime.