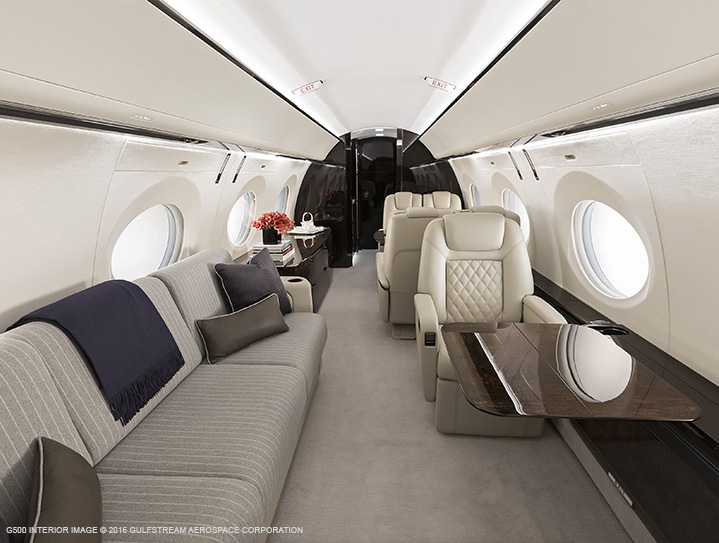 It’s also a very good time to get a feel for the general health of the aviation industry and where it’s heading over the next few years. In the 15+ years I’ve been working in the industry I’ve seen the trends ebb & flow – this year, much like last year’s 2015 convention, it seems to be all about heavy jets.

Embraer – Embraer have announced an upgrade to the Legacy 650 heavy jet, probably the most popular heavy jet currently available for private jet charter in Europe – the improved Legacy 650E has vision avionics and an updated cabin making use of the most up to date technology.  They have also launched an updated version of the Phenom 100 very light jet – The Phenom 100EV with enhanced range & take-off performance.

Textron (Parent company of Cessna) – Cessna launched their Citation Hemisphere heavy jet at NBAA 2015.  This year they have announced more details for the jet, due for initial deliveries in 2019, and have a cabin mock-up on display in Orlando.  With a projected 4,500nm range it will allow non-stop flights between Orlando & Rome.  They have also revised (or upgraded) the performance figures for their super-midsize jet, the Citation Longitude, due for first delivery in late 2017, highlighting the manufacturers push upwards towards the larger jet market.

Gulfstream – Gulfstream have the first outfitted production G500 aircraft on display –set for first deliveries in late 2017.  The G500 and slightly larger G600 are brand new heavy jets developed from the ‘ground up’ – currently in development for first deliveries in 2017 & 2019 respectively.  They will eventually replace the G450 & G550 aircraft and join the relatively recently introduced (and extremely popular) G650ER ultra long range aircraft, giving Gulfstream arguably the most desirable stable of private jets at the top end of the market.

Dassault Falcon – As yet there have been no NBAA 2016 show announcements from Dassault, but over the last few shows they have launched their Falcon 8X ultra long range jet (the first production version delivered earlier this year) and the Falcon 5X heavy jet – now due for 1stdelivery in 2019-2020 due to production and design issues with its Silvercrest engines.

Bombardier – Again, as yet there have been no show announcements from Bombardier, but they are busy working on developing and certifying their Global 7000 ultra-long range jet for 1st deliveries in 2018 – this will give them a true competitor to the very popular Gulfstream G650ER.  The Global 7000 will be followed by the even longer range Global 8000.

With the majority of the design and development budgets of the big manufacturers focusing on heavy and ultra-long range jets, it will be an interesting time over the next few years as these aircraft make it to delivery, and eventually to availability on the private jet chartermarket.  Customers will have a wide range of state of the art heavy jets available for all types of missions – from the ubiquitous summer holiday hops to Nice and the Balearics with the family, or the London-Hong Kong transcontinental business trips.

In a market that is constantly changing, it pays to work with a partner who has insight and experience.  Contact Skytime +44 1452 714500 / charter@skytimejets.com